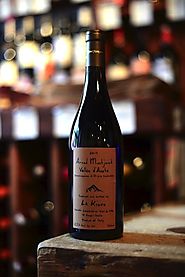 The DOC of Arnad-Montjovet is named for two small villages in the Vallee d'Aoste where the main grape grown is Picotendro, the local clone of Nebbiolo, which yields small bunches of tiny, ripe grapes that mature well in these northern climes and give intense fruit and depth to the local wines. This wine is 75% Nebbiolo plus a range of the local grapes including Gros Vien, Neyret, Cornalin and Fumin. It’s a lighter-bodied wine with frech, black cherry/raspberry flavors melded with an alluring spiciness and refreshing acidity. This is a rustic yet delicious, classic high elevation, Northern Italian red. Paid with any mushroom dish, chicken or medium-intensity cheese like Fontina from the Val d’Aosta! 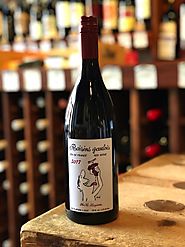 Marcel Lapierre was on of the first winemakers to prove that Beaujolais could be more than a simple quaffer. His Morgon helped lift the reputation of the entire region. This, however, is Monsieur Lapierre's entry-level, everyday Gamay. The fruit flavors are bright and vibrant yet grounded by well-integrated hints of earth and fresh tobacco. Pair with poultry, moderately funky cheese like Morbier or a warm leek and chevre tart. 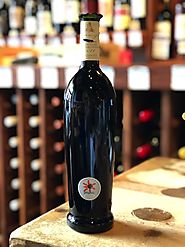 Los Bermejos is a winery based on the island of Lanzarote. Only 125 km from the African coastline, conditions here are extreme; porous, black volcanic soils have extremely high drainage, lowering the water content of soils that are only nourished by a few inches of rain per year. Made of 100% organic Listan Negro, a Spanish grape varietal, and produced using the carbonic maceration method, the result is a wine with low tannins and a fruity aroma. Light and fresh with delicious red berry flavors, a hint of green pepper, delicate notes of pink peppercorn and a finish of rose petal, this wine does not disappoint. A beautiful enhancement for grilled fatty fish, like sardines, this wine would pair beautifully with a ripe, washed rind cheese, castelvetrano olives or salade Nicoise. 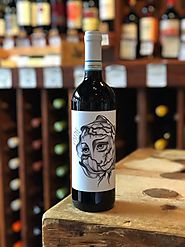 Bardolino is typically a fresher, lighter and tastier version of Valpolicella, its more famous neighbor to the east. Both wines are made with the same varietals - Corvina, Rondinello and Molinara - and tend to be light-to-medium bodied with low to moderate tannins. But whereas Valpolicella is inland, Bardolino benefits from being situated directly on the eastern shore of Lake Garda. Bennazoli’s Dafne is so beautiful with absolutely delicious flavors and enticing aromas of fresh, wild strawberries. It sees no oak to enhance the purity of the fruit. Enjoy slightly chilled with pasta, poultry, fish or cheese. 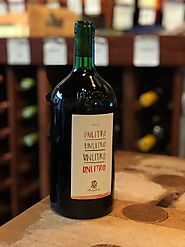 A blend of Alicante Nero (aka Grenache) and Carignano. Unlitro is a real thirst quencher. It is a fresh, medium-bodied red loaded with ripe dried cherry fruit flavors. Aged for 6 months in cement tanks to reveal clean crushed flowers, blend with herbs and licorice that hint of a more delicate character. Pairs great with tuna tartare and arugula, scallop and shrimp over linguine, a beef carpaccio with Parmigiano or a grilled chicken salad with dried fruit. Luckily, it comes in a 1 liter bottle!

Easy drinking and light, but this is anything but a simple wine. The lightness and elegance of this wine is balanced with a healthy dose of minerality and complexity that make this one for serious gamay drinkers. Not to mention the pure, ripe fruit! Enjoy with anything from Margherita Pizza to a roast chicken. 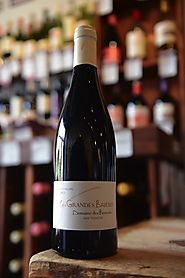 The grapes for the Berioles Les Grandes Brieres were harvested from the most granitic soils of the Domaine. The de-stemmed fruit was fermented naturally in tronconic vats for three weeks and aged for 3-6 months in a tank. With 90% Gamay and 10% Pinot Noir, this is a straightforward light, elegant red with subtle aromas of tart cherry and dry peppery tannins. It has a round and generous palate with wet gravel minerality and a nice finish. A great summer wine, that pairs well with any light meal. 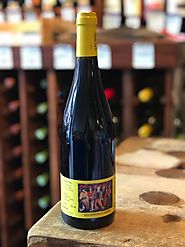 A funky, biodynamic red from the esoteric Grolleau grape that literally translates to 'the buddies first' or more loosely to 'bros before ….’! Unsurprisingly, this wine can be a bit obstinate, lacking in depth and emotional self-awareness. But despite it's shortcomings, it's a firm, trusty wine with bright berry flavors and a little bit of earth on the knees. In short, a perfect wine for guys and those who love them! Try it slightly chilled with fried chicken, pizza and...beer?!

Planning on going to Monumental 2018 this Saturday, May 19th? Since the event is BYOB, we’ve put together a suggestion of wines to bring with you to the park! They will all be 15% off the day of Saturday, May 19th.

Made predominantly of Pinot Noir, with a small portion of Chardonnay, this golden sparkler is a perfect option for any celebration. Light-to-medium in body, with great structure that invites you to drink glass after glass, these wines are very aromatic with flavors of toasted brioche, pears, quince, and yellow apple.

Sustainably farmed and harvested by hand, Heart & Hands clocks in at a barely noticeable 6 grams of residual sugar per liter, which is pretty dry with just a hint of sweetness, practically an illusion. Enticing aromas of orange blossom, honeycrisp apple & minerality on the nose are followed by nectarine and a bright grapefruit flavors on the palate. Brisk, racy and refreshing finish. Enjoy with pan-seared rainbow trout over wilted greens or rosemary grilled pork tenderloin.

A blend of 80% Touriga Nacional and small amounts of local varietals including Tinta Roriz, Jaen, and Alfrocheiro Preto, produced by Gota, a company whose goal is to share Portuguese wine with the world. They buy grapes from small farmers and blend them into accurate, delicious representations of what we’ve been missing. Touriga Nacional, traditionally the main ingredient in port, is known for round acidity, firm structure and violet aromas. This easy-drinking example does not disappoint. Dark, ripe berries and trademark floral notes on the nose lead to cherries, chocolate and a hint of black pepper and rosemary on the palate. Don’t let the flowers fool you; try this with heart meals like venison stew, roast pork, or traditional grilled chouriço.

Sparkling white and three reds from Australia, France, and California

A very dry Spanish sparkler from a very committed winemaker, this Barcelona “Conca” is a kind of upgraded Cava, using the traditional varietals – Macabeo, Xarel-lo and Parellada. Citrus aromas give way to flavors of apple, lemon and a little pear, with a hint of toast lingering in the background. Precisely balanced and very refreshing, with fine bubbles and lively acidity which begs for oysters, spiced langostino, briny olives… but it’s not just for Tapas anymore – try with a spicy Banh Mi sandwich!

A classic Champagne, made from a Pinot dominant blend of 43% Pinot Noir, 42% Pinot Meunier, 15% Chardonnay. The Besserat has a bright nose of honeysuckle and ripe fruit that comes through this pretty straw-colored wine. Beautiful tiny bubbles rise slowly and steadily and create a creamy, round texture in the wine. After opening up a little, the wine exudes hazelnut and toasty notes. Pairs with everything including nothing at all!

An awesome, classic Napa Cab with primary aromas of dark berries, herbs, and mint giving way to a rich, ripe palate with toasty notes of mocha and cassis and a gloriously long finish. An incredible steal for a Napa Cab of this quality. Pair with a juicy rib-eye or rack of lamb!

Van Brunt Stillhouse American Whiskey doesn’t fit neatly into typical whiskey categories though it bears some resemblance to traditional, pre-prohibition, NY State whiskies that featured a four grain mash bill made primarily from 40% malted barley and 40% wheat, with a 10% corn and 10% rye and then aged for about 6 months mostly in tiny 10 gallon charred American Oak casks. This unique whiskey has complex grain flavors with floral notes and a touch of the new barrel sweetness of a bourbon but with flavors that are more reminiscent of a hefeweizen.

Stillhouse Bourbon is a small, carefully crafted, single batch made in Red Hook from about 65% organic New York corn and 35% local wheat then aged for about 6 months in small, new charred American oak casks. It’s bold and full bodied with pronounced woodsy aromas and hints of caramel and coconut. Move over Kentucky – Brooklyn is in Da House!

An extremely limited release from Van Brunt Stillhouse, this inaugural batch of their Rye Whiskey shows nice spiciness and dried apricots with a toasty finish. Get it while it lasts!

To be an “Empire Rye”, the whiskey must meet four criteria. At least 75% of its grain must be New York-grown rye. It must be distilled to no more than 160 proof; put into a barrel at no more than 115 proof (which is below the industry standard of 125 proof); and aged at least two years in charred, new oak barrels. This highly allocated batch of 110 proof Whiskey is a new edition from the Van Brunt Distillery. It has a sweet, malty aroma. The taste has notes of chocolate and caramel with a slight spicy and decadent finish. This is the bottle that will bring rye and bourbon lovers together.